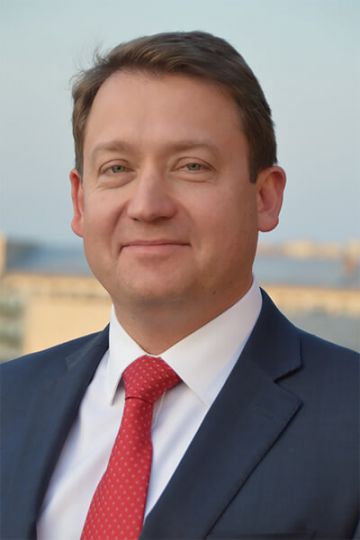 Alexey Ievlev was appointed as Corporate Director of Rosbank. He will be responsible for the work with Russian and international corporate clients and financial institutions, the global transaction banking direction, including cash management, correspondent relations, factoring, trade finance, leasing and credit analytics. Alexey will report to Perizat Shaikhina, Deputy CEO, Head of Corporate Block of Rosbank.

“We are glad that Alexey joined our team. He has a big work experience in a corporate business both in Russian and in foreign banks. We are sure that he will be able to strengthen Rosbank positions in corporate business and make a considerable contribution to the achievement of the results that were planned according to our new development strategy”, Perizat Shaikhina Deputy CEO of Rosbank.

In 2003, Alexey started working in ING Russia, then he became Head of Metal and Mining Industries in 2005 and in 2009 he became Director of Natural Resources Department. In 2011-2013 he worked in London office of ING and was responsible for the development of corporate finance business in Natural Resources sector on a position of Senior Banker, he was also responsible for the execution of M&A deals in Western, Eastern and Central Europe.

In 2013 Alexey Ievlev became Head of Corporate Lending Division of ING BANK (Eurasia) JSC. In 2014 he entered the Management Board of the bank.

Alexey Ievlev graduated with honors from Plekhanov Russian University of Economics, later he got the Ph.D. in Economics in World Economy. Alexey also has a degree of Executive MBA by IE Business School of Instituto de Empresa, Madrid, Spain