Back in the game! Rosbank continues to support Financial University rugby team 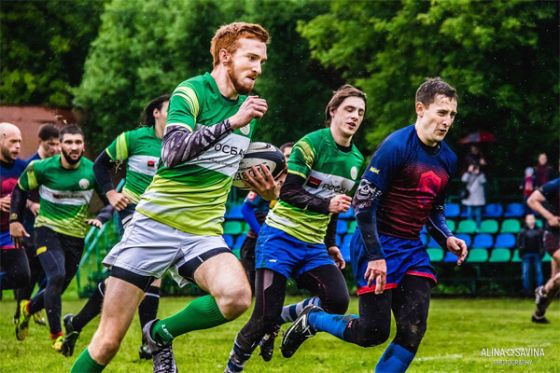 Societe Generale Group, where Rosbank is a part, has become an official bank for French rugby in 1987 and attachment of the Group to this sport goes down to the first decades of the last century and begins with the establishment of Societe Generale’s Athletics Club. Rugby incorporates such values of the Group as team spirit and commitment. The Group supports more than 500 rugby clubs all over the world and Russia is not an exception.

From 2016 Rosbank has been a general sponsor of a student rugby team of the Financial University under the government of the Russian Federation.

Director of Communications and Advertising Department of Rosbank

Rugby is a spectacular sport and the banks of Societe Generale Group all over the world make a lot of effort to support the development of professional and amateur rugby, including a student one. Rosbank follows the traditions of Societe Generale Group in Russia with great pleasure. We are glad to watch the progress of the Financial University team and we wish the players to have a good campaign.

The rugby club of the Financial University under the government of the Russian Federation was founded in 2011. Club players take part in different Moscow student tournaments every year. From 2016, the club participates in a Moscow men’s rugby championship (3rd division). In the campaigns of 2016-2017 and 2017-2018, the club entered top-8 of the clubs of Moscow men’s rugby championship.

Sport goals of the club for the campaign of 2018-2019 is to enter top-5 of the student rugby teams in Moscow and try to win in the main men’s amateur competitions of Moscow.

From 2016, Financial University Cup is also held with Rosbank support. The competition is aimed at the development of rugby, where young student and amateur rugby teams compete.