Net profit of the banking group Societe Generale in Russia amounted to 10.4 billion rubles for 2017 according to IFRS 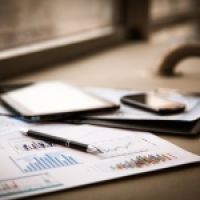 Societe Generale banking group in Russia (hereinafter - the Group) demonstrated rapid development in all business areas, and earned a net profit in the amount of 10,4 billion rubles, which is 3,4 times higher than the results of 2016.

In 2017 the Group showed a solid growth in all business areas, actively expanding its client base, increasing the volume of loans to corporate and retail clients. The Group’s retail loan portfolio grew by 7,4% and a corporate loan portfolio - by 14%. We enhanced our relations with a number of regions, in particular by signing cooperation agreements with the Republic of Tatarstan and Sakhalin investment promotion agency. We also entered into a program of concessional agricultural lending. We plan to continue development of diversified business model on the whole territory of Russia, strengthening the positions on the market.

Main achievements in the retail business

Throughout 2017 the Group was actively engaged in enhancing the quality of service and expanding the offerings to retail clients:

During 2017 the Group continued to increase the volume of loan granting in retail segment (increased by +32% compared to 2016). Consumer lending traditionally was in the highest demand, which increased in granting by +30% (at the same time the growth of the market was 29%).

The Group maintains leading positions in mortgage and car loans due to the strong performance of the specialized subsidiary banks DeltaCredit and Rusfinance Bank respectively.

Despite tough competition in mortgage lending, DeltaCredit holds a market share of 2,8%. In 2017 the volume of mortgage loans production increased by 30% as compared to 2016, with a record growth in the Q4 2017 (+21,3 billion rubles in comparison with Q3 2017). This result was possible in particular due to an increase in the share of sales through digital channels (the share of such sales reached 25%).

The quality of the mortgage portfolio continues to improve substantially. As at December 31, 2017 mortgage portfolio «90+» overdue in DeltaCredit bank reduced to 2,8% (while 3,6% as at December 31, 2016). This significant improvement of quality was able due to participation in government support program (operated by Agency of Housing Mortgage Lending) as well as a consequence of the voluntary campaigns to convert dollar loans into rubles.

Rusfinance bank continually steadily belongs to TOP-2 banks in the car lending market, increased its market share portfolio to 11,5% as at the end of 2017 (as at the end of 2016 the same market share was 11,1%). Car loans production increased by 42% (as compared to 2016), as a result of the car sales restoration in the primary market and the strengthening of partnership with car dealers. During 2017 Rusfinance bank actively participated in the government program of concessional car lending.

Despite the high competition, Rosbank confidently holds its market positions in the largest companies segment in 2017. Thus, Societe Generale/Rosbank continues to be leaders in the Russian syndicated loan market. The largest transaction in 2017 were:

In accordance with the strategy for the development of the segment of large and medium-sized companies, Rosbank demonstrated a robust growth in the loan portfolio of this segment by more than 50%.

Also in 2017 Rosbank Leasing demonstrated portfolio growth by 2 times in medium-sized business, which was one of the driver of increasing in net operational profit of Rosbank Leasing (+21% in comparison with 2016). The total volume of concluded transactions increased by 13% in 2017 as compared to previous year.

Rosbank continued to strengthen its regional position in corporate business in 2017:

Also in the beginning of 2017 an agreement between Rosbank and the Ministry of Agriculture of Russian Federation was concluded. The Bank became one of the authorized organizations within the program of concessional agricultural lending and began to actively lend to agricultural entities throughout Russia (including the Far East).

During 2017 Rosbank together with Societe Generale acted as the leading organizers of ruble placements of a number of large companies and banks with a total volume of about 180 billion rubles and eurobonds with a volume of more than 7 billion euros in the debt capital market. The largest deals are JSC «Svyazinvestchim» for 20 billion rubles and PJSC «Norilsk Nickel» on 1 billion US dollars.

Over the past 12 months the Group’s customer accounts increased by 42% and over Q4 2017 increased by 18% (all excluding foreign currency revaluation).

Net interest income of the Group remained stable throughout 2017 and remained at the level of 2016.

In 2017 operating expenses amounted to RUB 35,6 billion increasing by 8% as compared to last year. The dynamics is mainly driven by holding advertising campaigns, significant business growth (including subsidiary banks) and increase of contributions to deposit insurance. It should be noted that the ratio of operating expenses to operating income of the Group remained stable throughout 2016-2017 (67%).

2017 net cost of risk amounted to RUB 3,5 billion, which is significantly lower than net cost of risk booked in 2016 at RUB 12,8 billion. Decrease in net cost of risk is mainly driven by improved quality of retail loan portfolio, better recovery process as well as one off effect last year linked to foreign currency mortgage restructuring. The quality of corporate loans remains high.

In October 2017 Rating Agency RAEX (Expert RA) assigned the highest credit rating at the ruAAA level to Rosbank with a "stable" outlook.

In September 2017 international rating agency Fitch confirmed the long-term issuer default rating at the level of sovereign rating of Russia to the banks of Societe Generale Group in Russia. An outlook was changed from “stable” to “positive”. The rating is designed to assess the ability of the entity to fulfill its debt obligations in timely manner.

Previously the Analytical Credit Rating Agency (ACRA) assigned the highest credit rating at the AAA (RU) level to the banks of Societe Generale Group in Russia with a "stable" outlook.

Key indicators of Statement of Profit and Loss