Rosbank and Societe Generale took part in the XXI SPIEF 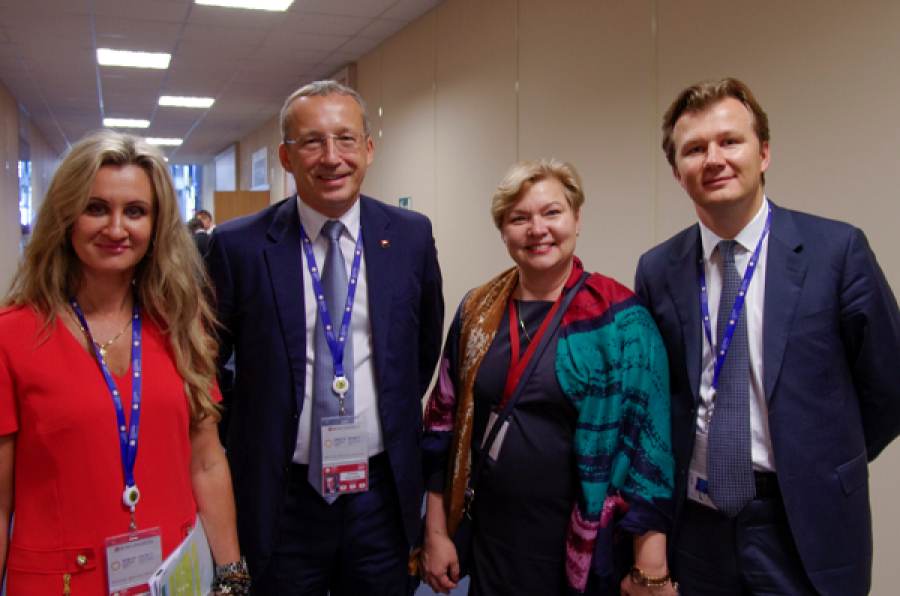 On June 1-3, 2017, the 21st International Economic Forum took place in St. Petersburg. The program activities were united by the common slogan "In search of a new balance in the global economy". This year Rosbank has acted as a partner of the business program of the forum for the second time.

The delegation of Societe Generale headed by the Group's CEO Frederic Oudea and the Group Chief Country Officer for Russia Didier Hauguel as well as the delegation of Rosbank headed by its CEO Dmitry Olyunin, with First Deputy CEO, Head of Coverage and Investment Banking for Russia/CIS, Societe Generale Corporate & Investment Banking,  Ilya Polyakov, Deputy CEO Ulan Ilishkin, as well as heads of profile divisions of Rosbank's Corporate Unit arrived at the largest business event of 2017 in St. Petersburg. During two days of work, our delegates held over 40 business meetings.

Frederic Oudea took part in the panel session "The reinvention of global banking: withstanding challenges, seizing opportunities". Dmitry Olyunin became one of the speakers of the round table "Performance with purpose: focus on the long-term business development in the new time economy". The Head of Rosbank also shared his views on this issue with a range of media accredited to SPIEF, such as the Business.FM radio station, Rossiyskaya Gazeta, RBC. The session "Trust or verify: shifting emphasis in control and oversight" took place with the support of Rosbank.

Within the framework of the St. Petersburg International Economic Forum, RusHydro CEO Nikolai Shulginov and Rosbank CEO Dmitry Olyunin signed a Cooperation Agreement aimed at strengthening and developing of the existing interaction between RusHydro Group and the Bank in all major areas of integrated banking services and financing.