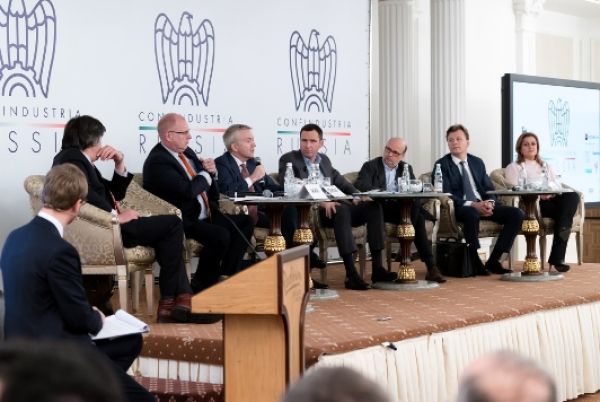 Rosbank performed as a general partner of the annual meeting of Association of Italian Industrialists and Entrepreneurs Confindustria Russia “Think Tank on Russia: la Sfida Economica”. In general, the meeting was attended by more than 350 representatives of Russian and international companies.

At the round table Ilya Polyakov talked about the impact of the sanation policy pursued by the Bank of Russia on the banking market in general and on Rosbank in particular. He also answered the moderator’s questions related to the development of the Far East and Rosbank’s participation in this process.

«The Association of Italian Industrialists and Entrepreneurs Confindustria Russia is one of the most dynamically developing business organizations in Russia. Rosbank is a long-term partner of Confindustria Russia and it’s a very productive partnership. We are grateful to the Association for the opportunity to contribute to the development of mutually beneficial relations between Rosbank and the Italian business community», - said Ilya Polyakov, First Deputy CEO of Rosbank, Chief Country Officer for Russia, Societe Generale Corporate & Investment Banking.