Rosbank rose by 5 positions in the mediarating of Russian banks 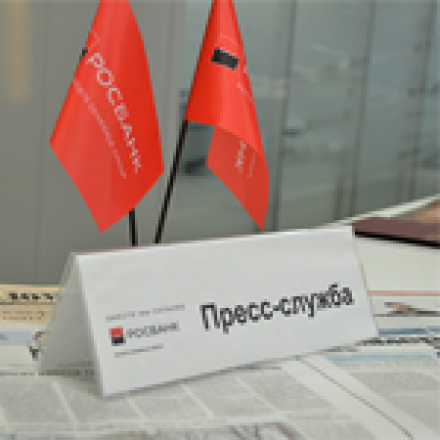 Banki.ru portal published the mediarating of Russian banks as of March, compiled by Medialogy company. Comparing with February, Rosbank rose by 5 positions and now occupies the 11th place. Besides, DeltaCredit Bank occupies the 49th place of the rating. The bank forms a Societe Generale Group in Russia together with Rosbank and Rusfinance Bank.

The position of the bank in the rating is determined by its media index that reflects qualitative and quantitative bank presence in information field and it also depends on the decisiveness of the mass media, mentioning and citation manner, strife, etc. Rosbank media index as of March 2018 is 15 121,6 points.

In general, the rating has 50 positions and is based on the mentioning of Russian banks in more than 42 000 sources, including news agencies, newspapers, magazines, internet media, television, radio and blogs.

Medialogy jointly with Banki.ru portal also named Rosbank Press Service the best in 2017 for the coverage of “Robot-artist” project.