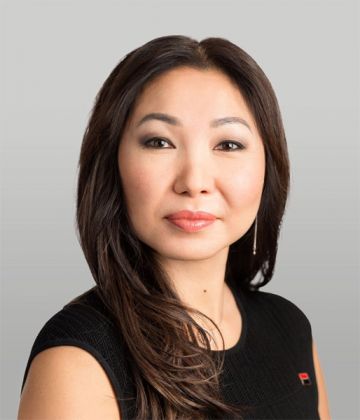 An opening of the first open-air orchid garden in Russia was held on the Spring Flower Festival in the Apothecary Garden. “Orchid Garden” exhibition in Shadow Garden was presented by Societe Generale Group in Russia (Rosbank, Rusfinance Bank, DeltaCredit Bank, Societe Generale Insurance and ALD Automotive) on honor of the 312th anniversary of the oldest botanical garden of Russia and the opening of the third summer concert season.

“It is a unique occasion! The exhibition of rare winter hard orchids in open soil consists of the species and sorts from Europe, Asia and North America. The collection consists of 37 flowers. Here such garden sorts of lady’s slipper and dead man’s finger as well as hybrid sorts, 100 species in total. The plants are planted in a landscape composition that imitates funnel sinks with outcrops of limestone. Such a complex lay creates the best microclimate and different soil humidity for tender orchids that is special for every species”, - noted Alexey Reteyum, Director of Apothecary Garden.

Director of Communications and Advertising Department of Rosbank

We are pleased to realize that our assistance helps the garden to bring to life its projects in space decoration and demonstration of rare species of plants. The main thing is that we feel our commitment to the scientific mission of the garden to study and keep unique plants. There is a proverb that flowers are the remains of heaven on Earth. It is difficult to dispute the proverb watching this fragile beauty that can be so resistant in our severe climate. I invite everyone to the Apothecary Garden to see the blossoming of rare orchids!

One of the largest collections of orchids in Russia is situated in the Apothecary Garden. It consists of more than 1000 species, forms, sorts from tropical and subtropical regions of the Earth and more than 50 species and forms of orchids that grow in cold of mild climate. It is being constantly completed with new rare ones. Active use in scientific and educational purposes is the main advantage of the orchid collection.

At the beginning of 2018, the Apothecary Garden and Rosbank started the realization of joint unique ecological project. The Apothecary Garden will be the first botanical garden in Russia with its own rainwater collection system. It is expected that the installment of the system will end by the autumn of 2018, and it will be one of the steps in the creation of “smart city” infrastructure in Moscow.