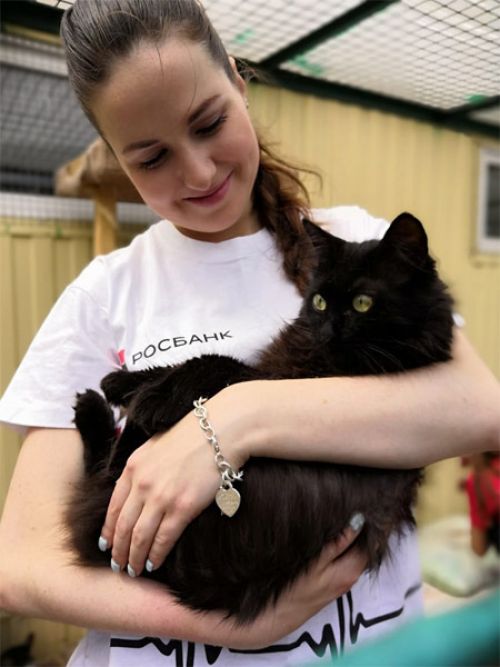 The employees of Societe Generale Group in Russia organized a charity campaign called “Fluffy tail” and collected necessary equipment, medicines and food for the animals of Kozhukhovsky municipal animal shelter. The most active ones formed a team of volunteers and set off to the shelter to hand in the things that were collected. More than 3000 dogs and 300 cats with different fates and stories behind them are kept in Kozhukhovsky municipal animal shelter that was established in 2007. There are both homeless and former housekept animals in the shelter. The administration of the shelter has an opportunity to provide it only with dry food; all the other things are purchased by volunteers.

More than 400 kilos of food, a lot of medicines and consumables for medical block as well as ammunition for walking were collected by the employees. The money that were collected were transferred to the purchase of another pile of food and medicines, for a special carrier for dogs and a cage for a medical block that the shelter was very much in need of.

All the collected aid was handed in to the shelter by our team of 30 employees of Rosbank, Rusfinance Bank and DeltaCredit Bank. Our colleagues spent the whole day in the shelter: visited cats, went for a walk with dogs, and the most important of it all is that they gave their warmth, love and care to the fluffy fosterlings of the animal shelter.